I was supposed to be a geneticist. I was certain about that. Or at least I was as certain as one can be at eighteen. I’d spent years as an overachieving high-school student interning in research labs at the National Institutes of Health instead of being a “regular” teenager. When I got to Duke, I boldly assured my pre-major adviser that “pre-med/biology” was the right track for me. It’s what I was supposed to do. Why else would I have won all those damn science fairs? I was good at science. Besides, wasn’t it what everyone expected of me?

Fortunately, serendipity stepped in. The fall of my second year was filled with courses such as organic chemistry and cell biology, but I also needed to take a literature class to fulfill my general curriculum requirements. The only class that fit into my schedule was “Modern Arabic Literature and Culture.” I knew little about the Arab world then, but that soon changed. During the second week of class, the 9/11 attacks occurred. Our weekly discussions about Arab literature started to include our confusions about how the media were portraying the Arab world. What was the truth? When a classmate jokingly suggested that we take a field trip to the Middle East to uncover the reality for ourselves, our professor said, “Great idea!”

That “field trip” to Lebanon changed my life. While spending time with refugee families in Shatila camp, something shifted inside me. I had found my true calling: My purpose was to dedicate my life to the humanitarian sector. I could finally admit to myself that I wasn’t meant to spend my life in a genetics lab, because I honestly never felt authentically me in that environment. Instead, I needed to find the intersection of what I was good at and what I loved to do. Anything less would be cheating the world of my gifts. For me, that intersection was development work.

The funny thing about uncovering our true calling is that it’s usually more obvious than we think. Yet we’ll go to the extremes to convince ourselves that we’re meant to do something else—something more impressive or more practical. But if we allow ourselves to be brutally honest about what makes us come alive, our intuition provides the answer. I knew since the age of five that helping others was my thing. It’s why I volunteered non-stop, why I was profoundly affected when exposed to poverty abroad, and why I found myself skipping a second summer of genetics research at Oxford during high school in favor of working at an orphanage in Togo. The signs had been there all along.

The other funny thing about callings is that they don’t always end up unfolding exactly the way you think. I initially assumed my destiny was to be an aid worker. However, following a frustrating summer interning with Save the Children in East Africa and being exposed to the shocking inadequacies of the aid industry, I realized I was better suited to be an advocate for reforming international aid. After graduating from Duke with a Program II curriculum, I received a Fulbright Fellowship to Egypt, started my own educational organization focused on aid effectiveness, circumnavigated the world for a year shooting a ten-part film series on international aid, received a master’s degree from Harvard, worked as a polar photographer in the Arctic and Antarctica, and, most recently, finished writing a book on the realities of aid called Beyond Good Intentions. My life since graduation has been a beautiful adventure, thanks in large part to that seemingly random literature course I took at Duke.

So my advice to current students is, be open to the unexpected. Be willing to question your assumptions about what you’re meant to do with your life. Take time for self-growth and reflection. Forget about the expectations of others—it’s your life, not theirs. Uncover what you love, and keep in mind that wherever you experience joy and flow, that’s probably what your major should be. As Howard Thurman once said, “Ask what makes you come alive, and go do it. Because what the world needs is people who have come alive.” 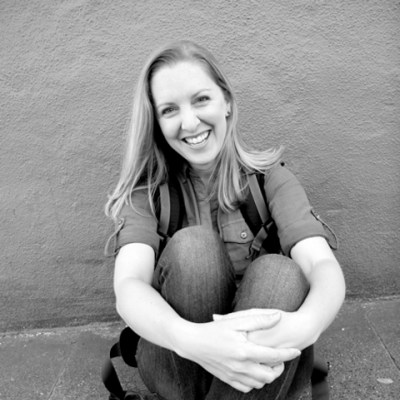